500 Feet Of Unused, Wasted Space Over The Garage Morphs Into “GuestBedroomOfficeCraftingPlayArea.” 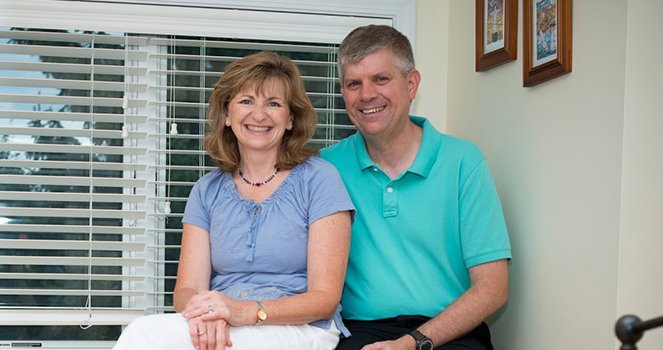 Ann and David Williamson had an exciting opportunity that many homeowners would covet – 500 square feet of unfinished space over the garage of their home …But what to do with such an opportunity?

Their home – built in 1985 – has three bedrooms on the second floor, with a long hallway that ends with a door into the unfinished space. The Williamsons, of course, knew there was a way to use this wonderful space, but they weren’t quite sure how. There were so many fantastic possibilities! So the space remained unused. The door stayed closed.

Years passed and the time finally came that the Williamsons needed the space. With quiet excitement, the Williamsons started the interviewing process, speaking with three or four remodeling companies, finally settling on Upscale Remodeling. “We liked Steve,” Ann said. “We enjoyed our conversations with him, his ideas, and we were impressed with his plans to minimalize disruption to our family. He suggested that during construction, his team would place a stairway outside, next to the space, so all the workers would not have to come through the house. It was such a thoughtful suggestion!”

Thus, work began on the new guestbedroomofficecraftingplayarea. (What? That’s a word… right?)

And the transformation starts right on the other side of that closed door at the end of the hallway, because that door is now a beautiful new French door, enticing, welcoming.

Inside the space is now:

A crafting space for Ann and her daughter and a play area where the kids can be with Ann and David while they are working on projects.

“We were so happy with the respect Upscale Remodeling showed our home,” said Ann. “They were not loud or intrusive. They were great and we enjoyed having the team around.”

And the space? “We absolutely love the space,” said Anne. “We can’t imagine our home without this space now. Aside from our kitchen, it’s where we spend most of our time.”